Architects JOTT architecture and urbanism from Frankfurt am Main have won the open urban planning competition by Winnenden municipal authorities and Internationale Bauausstellung 2027 StadtRegion Stuttgart (IBA’27). The design for a productive and liveable urban neighbourhood for the future mixes areas for industry, business, housing and leisure in new high-density urban building blocks that are embedded in generous shared open spaces. Jury chairperson Prof. Tim Rieniets has praised the design as »a truly pioneering project and an asset for Winnenden and the Stuttgart Region«. IBA’27 Artistic Director Andreas Hofer describes the project as a »milestone for the IBA« that marries housing with manufacturing and the landscape in an urban space. Lord Mayor Hartmut Holzwarth has spoken of a »stroke of luck for Winnenden«, which could become a »real model for other productive urban neighbourhoods far and wide«.

Industrial halls, an artisans’ courtyard and workshops, a building for start-ups, traditional offices and co-working spaces, laboratories and studios, a childcare facility and a mobility centre, a farm shop, a café and maybe a seasonal wine tavern. On top, roof gardens and greenhouses as well as lots of different types of housing with views of the surrounding countryside. All of this in seven mixed-use, high density blocks with inner courtyards that are a hive of urban activity. Outside of these ‘productive clusters’ where people work and live are generous open spaces. These spaces run through the entire neighbourhood, where they connect the blocks and act as a shared space or ›commons‹, for example as meadow orchards or playing fields. A vibrant and welcoming main axis is punctuated by several small squares and community facilities, where pedestrians and cyclists have right of way. Cars can be parked in two neighbourhood car parks on the fringes. A market square forms the inviting entrance in the direction of the city centre and the train station.

This is the image created by the design by Prof. Dr. Janna Hohn and Josh Yates from JOTT architecture and urbanism (Frankfurt am Main) for »Winnenden productive urban neighbourhood«. The new urban quarter is to be built on an area of roughly 5.5 hectares between Winnenden train station and the B 14 national road. Last Wednesday, the jury selected the entry by JOTT architecture and urbanism from a total of 34 entries, unanimously awarding it first prize in the competition.

The open urban planning competition was organised by Winnenden municipal authorities together with Internationale Bauausstellung 2027 StadtRegion Stuttgart (IBA’27). The offices taking part in the competition were tasked with demonstrating how industry, housing and leisure facilities could complement each other in a resource-saving and liveable neighbourhood of the future on a site currently used for agriculture. Second prize went to ROSA Architekten from Berlin, while the jury awarded the third place to an entry by studio komaba, Nora Walter and Zora Syren (Munich/Zurich). Winnenden urban neighbourhood is one of currently 14 official IBA’27 Projects in the Stuttgart Region.

»Experts and political decision-makers have long been in agreement that manufacturing and trade should return to towns and cities«, explains jury chairperson Prof. Tim Rieniets. »Unfortunately, this is often not the case in practice. Everywhere we look, we can see craft and manufacturing businesses that are close to the city having to give way to more lucrative uses, such as residential projects. The productive urban neighbourhood in Winnenden is a truly pioneering project, because it can act as an example of how to merge places to live and places to work in an attractive urban neighbourhood«. According to Rieniets, the winning design shows in an exemplary way how to achieve a high structural density without having to sacrifice generous green spaces: »The jury was convinced that the overall design meets the high standards of IBA’27 and will be a real asset for the town of Winnenden and the region«.

Holzwarth: »An urban planning blueprint that is climate-friendly and socially integrated«

Hartmut Holzwarth, Lord Mayor of Winnenden, had this to say: »Winnenden has been a town since the year 1212 and has a long tradition of connecting agriculture, the trades, business and community spaces within the realm of living, working and social interaction. Modernism, however, divided these functions into spatially distinct areas. The neighbourhood plan designed by JOTT and selected by the jury reintegrates these functions sensitively into a coherent urban planning blueprint that is climate-friendly and socially integrated. This complex new place can therefore become a real model for other productive neighbourhoods far and wide. It is a stroke of luck for Winnenden to be able to tackle this challenging task with all involved as part of IBA’27.«

Hofer: A »milestone for Winnenden and IBA’27«

The productive city, i.e. a city that connects living, working and leisure in high-density neighbourhoods with a high quality of life, is at the centre of IBA’27. »For the IBA, the competition is a milestone«, says IBA’27 Artistic Director Andreas Hofer. »Winnenden municipal authorities decided to show alternatives to the spread of purely commercial zones, while also addressing the shortage of space for industry and the lack of affordable housing«. In Hofer’s opinion, the design marries housing with manufacturing and the landscape in an urban space. »It tells the story of the productive city from the perspective of the specific qualities of the region and the location: from small-scale self-sufficient agriculture in the ‘small plot’ tradition to spaces for garage inventors, start-ups and established craft workshops right through to laboratories and manufacturing areas for high-tech industry – complemented by a wide range of housing options that combine urban life with community and green outdoor spaces. If the municipality continues consistently on this path, it could create a model neighbourhood for the people and companies in Winnenden that the eyes of the world will be watching in the IBA presentation year 2027«.

The next step is for Winnenden municipal authorities to commission JOTT architecture and urbanism with the framework planning on the basis of its urban planning design. After official rearrangement of the plots of land has been completed, there will be clarity around which connected building blocks the municipal authorities as the owner can assign plots to. Land will be awarded based on the best concept rather than on the highest price. The first building blocks of the new Winnenden neighbourhood will be visible by the IBA presentation year 2027.

Große Kreisstadt Winnenden – the term ›Große Kreisstadt‹ refers to a major district town under German municipal law – is the oldest town in the Rems-Murr district and has around 28,000 residents. It is located approximately 25 km north-east of the state capital Stuttgart. The core town and its seven districts are nestled between vineyards, meadow orchards and the edges of the Schwäbischer Wald forest. The medieval character of the town centre is still well preserved. Transport links to Stuttgart are excellent thanks to the B14 national road and the train station, which serves as a stop for regional trains and suburban rail. Winnenden is a growing location for business with a dense network of SMEs that are often family-run businesses. One example is Kärcher, a company steeped in tradition with international operations.

What will our lives, homes and work be like in the future? One hundred years after the opening of the Weissenhof Estate in Stuttgart in 1927, this is the question to be addressed by the International Building Exhibition 2027 StadtRegion Stuttgart (IBA’27). The IBA aims to provide examples to make this journey into the future visible and tangible – through innovative building projects across the entire region. IBA’27 puts people at the heart of the project, using dialogue to come up with new answers to the question of how to accomplish the social, technological and ecological transition successfully. It is managed by IBA’27 StadtRegion Stuttgart GmbH under the leadership of Artistic Director Andreas Hofer and CFO Karin Lang. 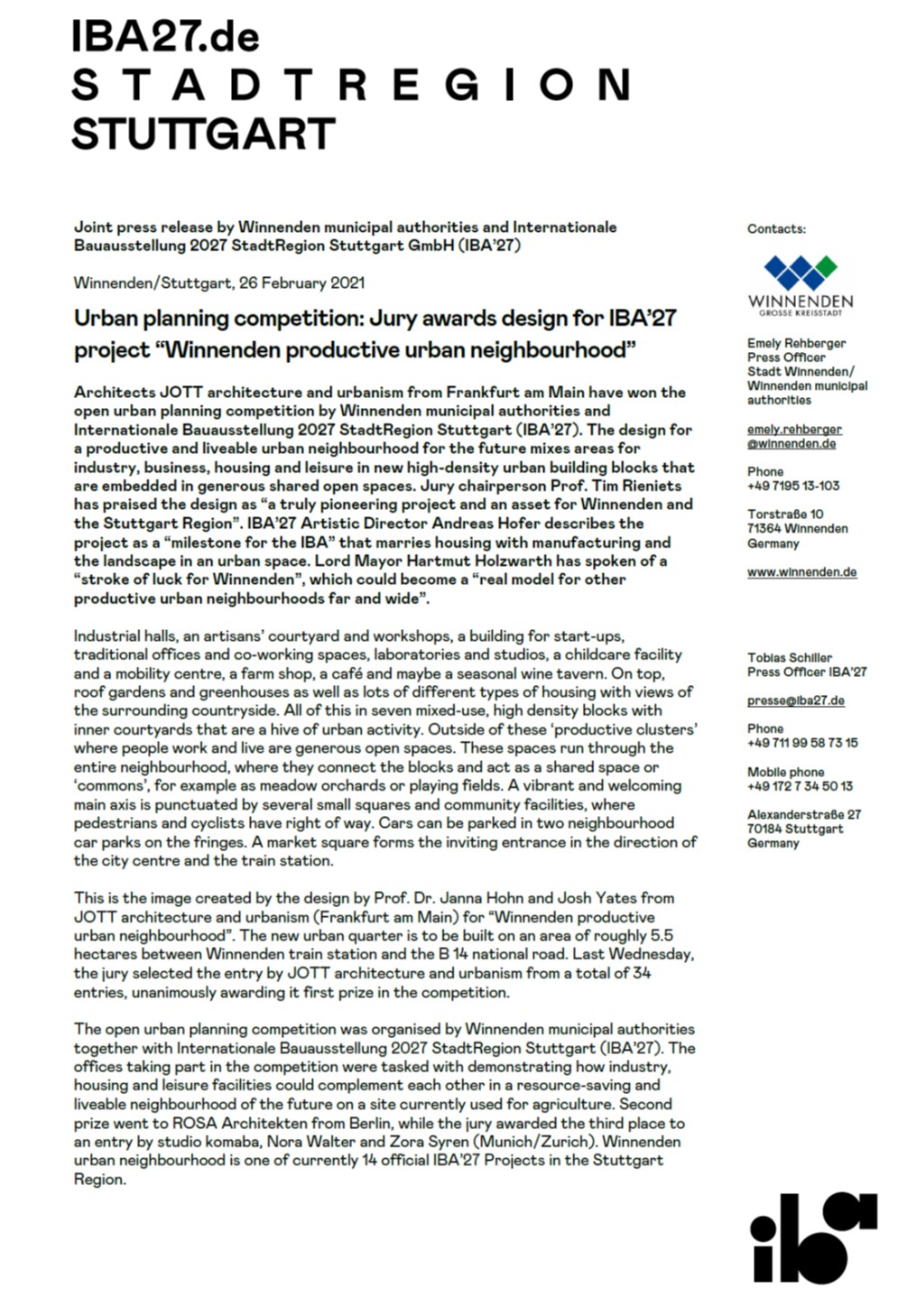 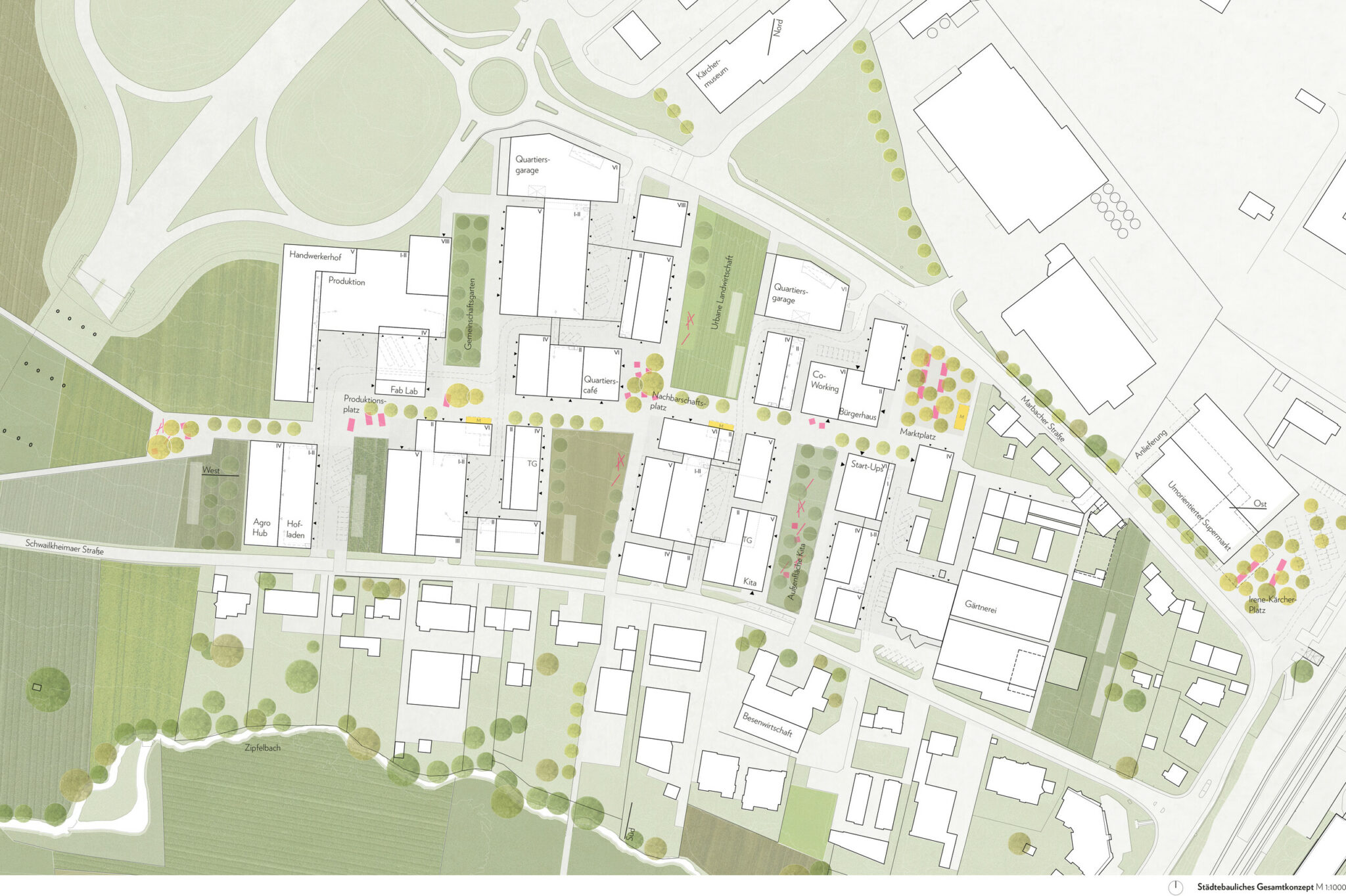 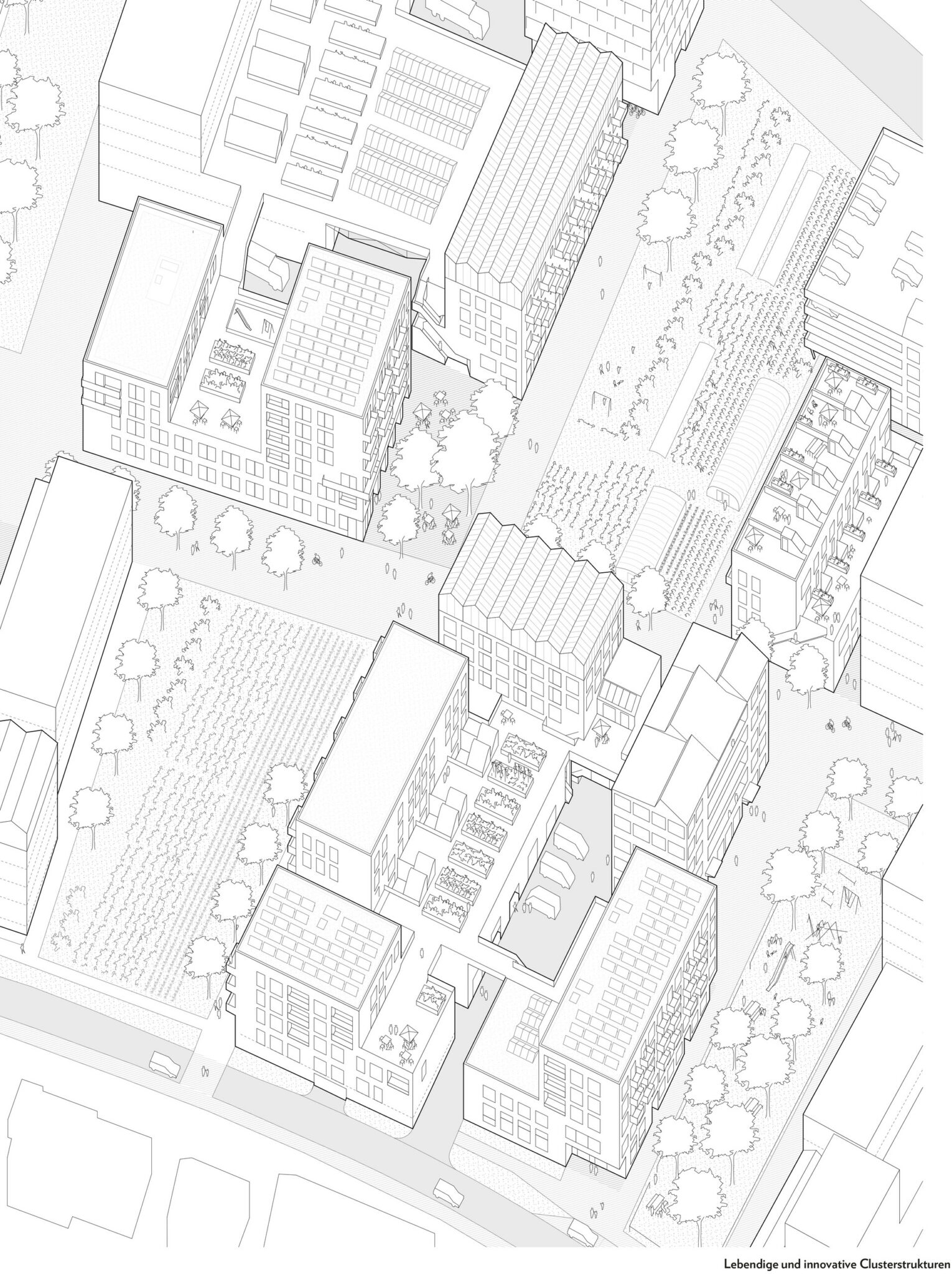 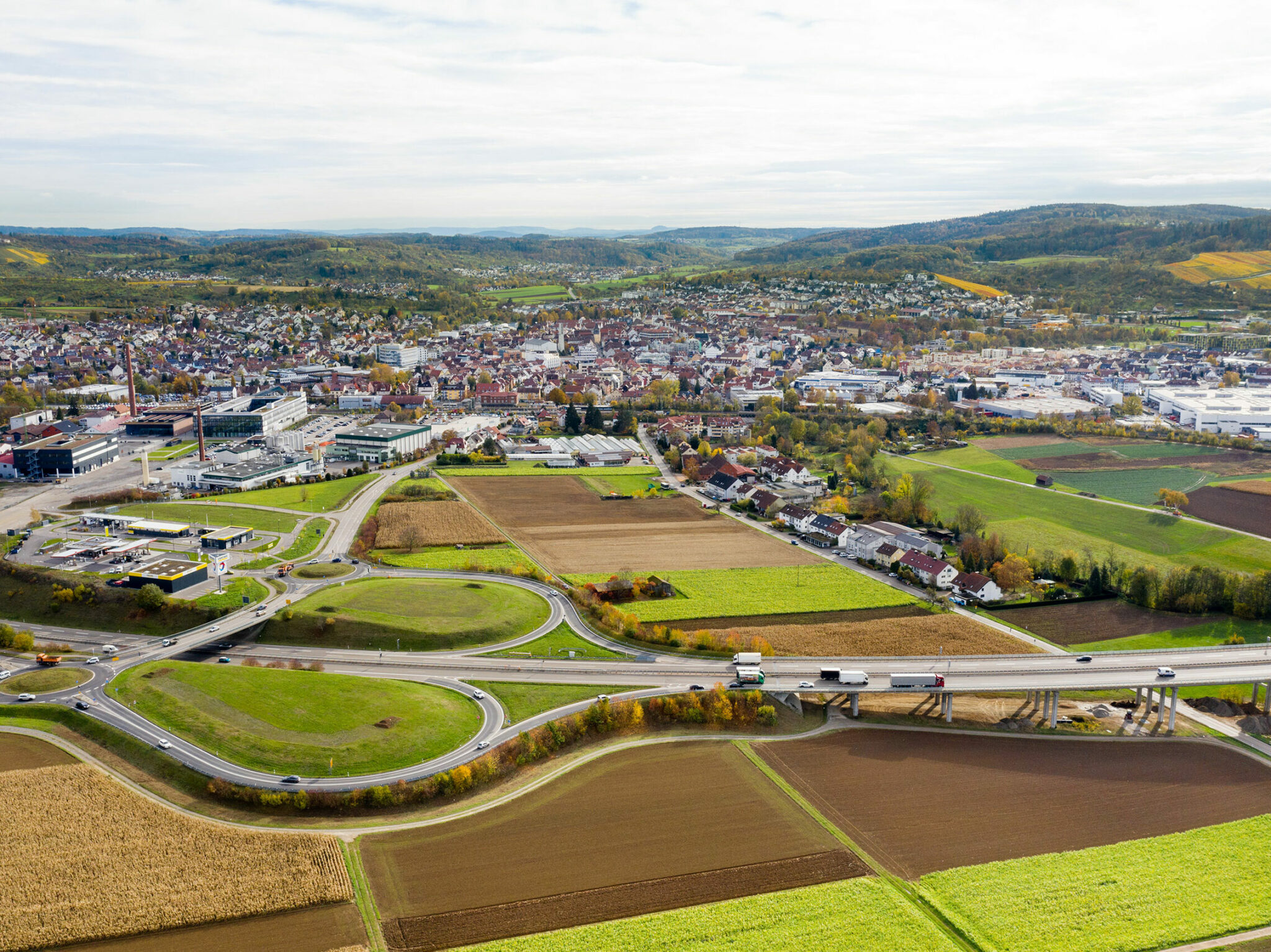 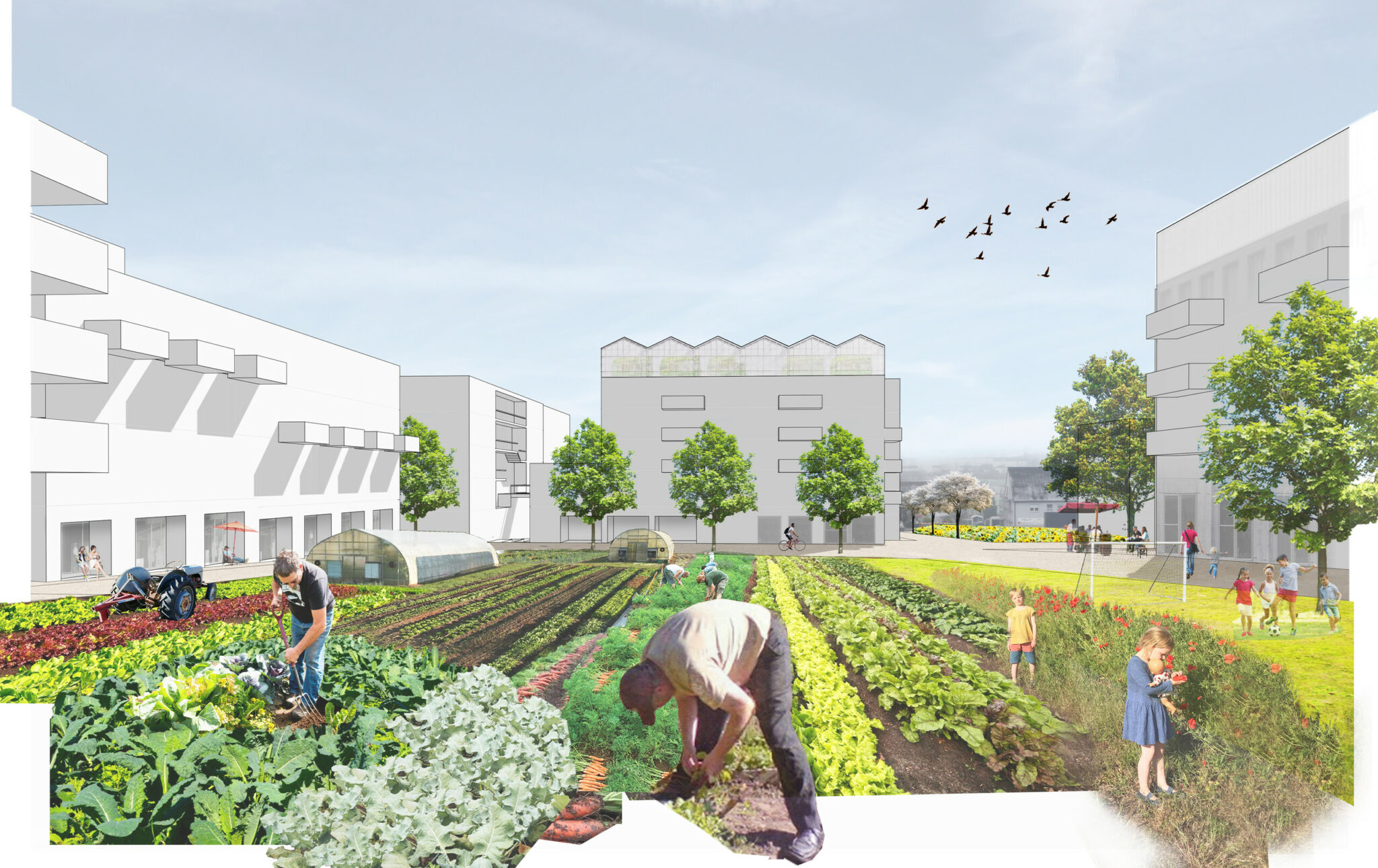 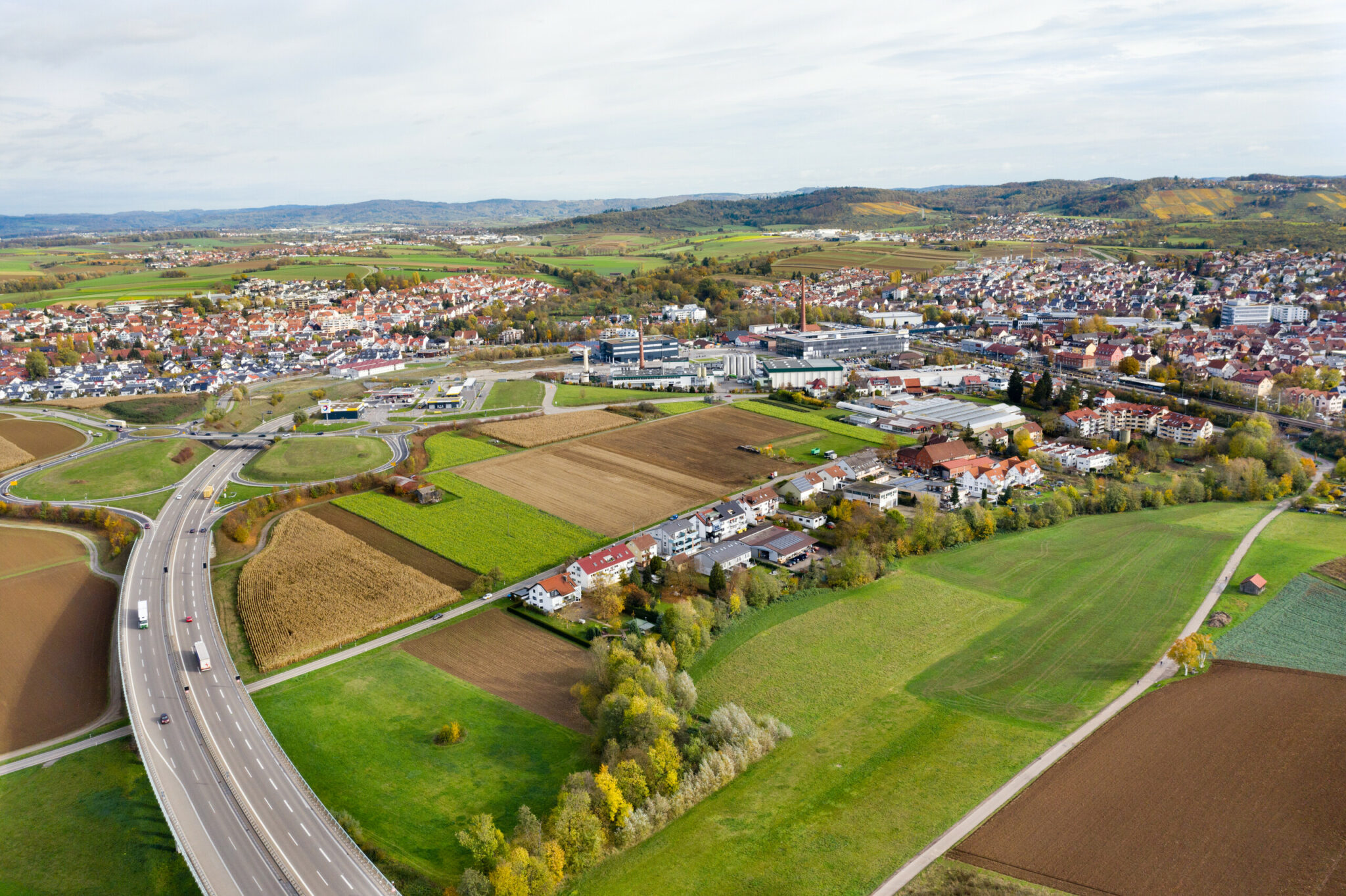 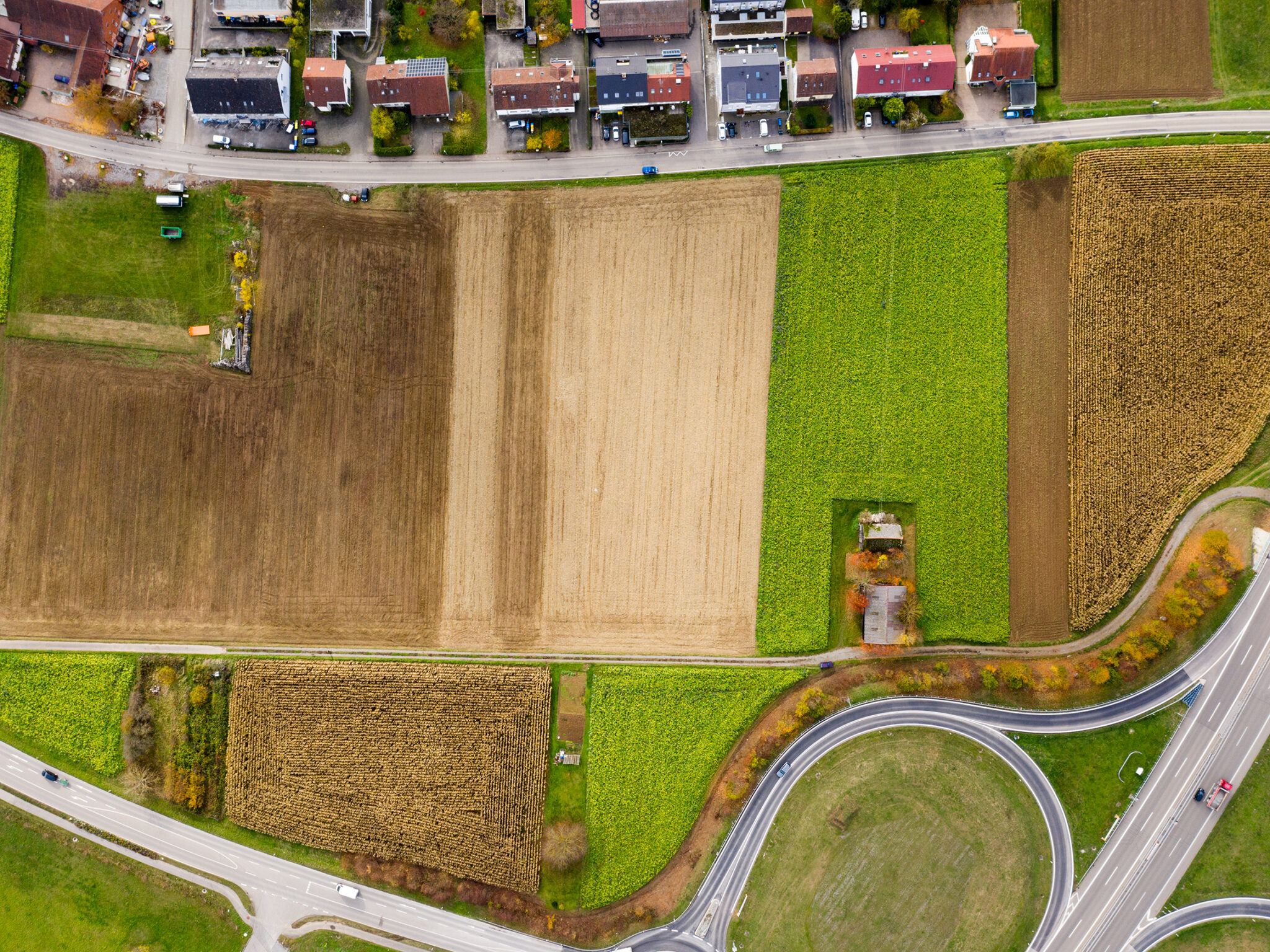