The winner of the Europe-wide urban planning competition for a community centre in Salach has been chosen. The bold and confident design by Studio LEK (Munich) together with ah Landschaftsarchitekten (Stuttgart) won over the jury. The centre will in future connect the IBA’27 Project »Quartier am Mühlkanal – Am Mühlkanal Neighbourhood« with the town centre.

Together with Internationale Bauausstellung 2027 StadtRegion Stuttgart (International Building Exhibition, IBA’27), Salach municipal authorities are planning to use the site of former textile factory Schachenmayr to create a neighbourhood for around 800 inhabitants that has a good social mix and allows residents to identify with their area. The competition for a community centre has now been decided. The building will constitute the future entrance to the Am Mühlkanal neighbourhood. It will link the new quarter to the existing town centre via the Stuttgart-Ulm railway line as an element that integrates the old and the new.

28 offices from Switzerland, Germany and Austria took part in the competition. The jury, chaired by the architect Ina Laux, selected the work by Maximilian Heidecker, Ferdinand Albrecht, Marion Montiel and Johannes Sack (Studio LEK, Munich) in collaboration with Kerstin Anderson and Fabian Hinterkopf (ah Landschaftsarchitekten, Stuttgart) as the winning entry. The design creators want to transform the former »Krautländer« allotments into a generous community garden with a large building made using wood-based construction and with a series of stepped levels on its eastern side. This ‘Terrassenhaus’ or ‘stepped building’ will be home to a childcare facility and provide spaces for education and for residents to meet. The public community garden will provide Salach’s residents with an extensive green space with a pergola, an open-air stage and picnic areas. There will be beds with vegetables, flowers and fruit trees at the edge of the park, paying homage to its former use as allotments.

Salach’s mayor Julian Stipp is impressed by the high quality of the entries. »The striking feature of the winning entry is its creative alignment of buildings that leaves enough space for a generous open garden while at the same time creating a good finish for the edge of the site at the railway line«.

For along the railway line, the team are proposing a narrow building up to 12 metres in height for noise protection. This building could house rehearsal rooms, a communal kitchen and bike repair shops, for example. As a multifunctional space, the building will not only be able to absorb the noise from the trains but also provide a solution to demand for temporary and permanent uses. »The building block facing the railway line is a unique feature that makes this piece of work particularly distinctive«, explains Andreas Hofer, Artistic Director at IBA’27. »Using a building that offers space for innovative uses instead of a wall to resolve the issue of noise pollution is a creative and courageous solution that we as a jury liked a lot. It means that the park can be filled with life, and there will be a real connection with the future Am Mühlkanal neighbourhood.« 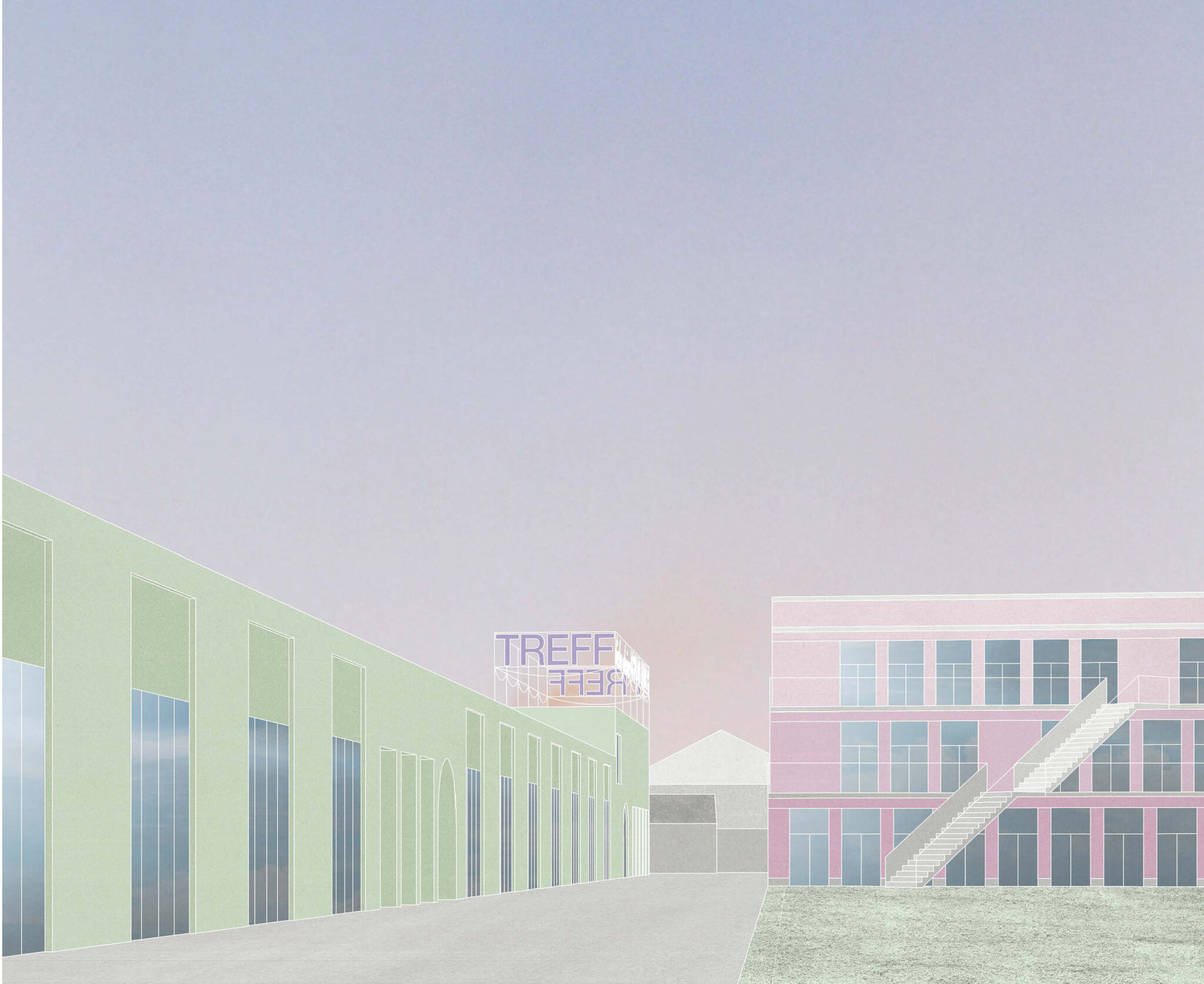 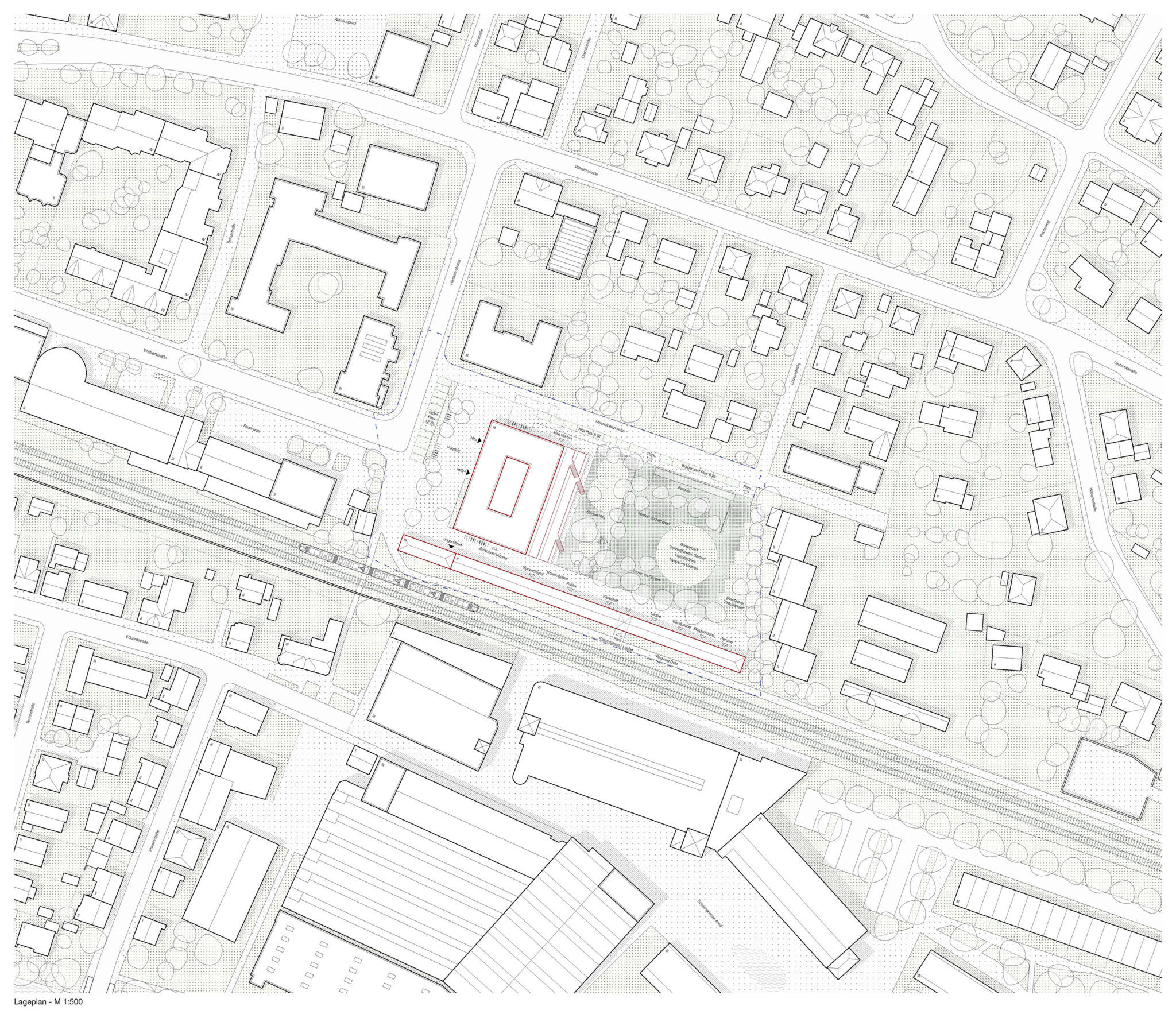 Map of the area. Credits: Studio LEK and ah Landschaftsarchitekten 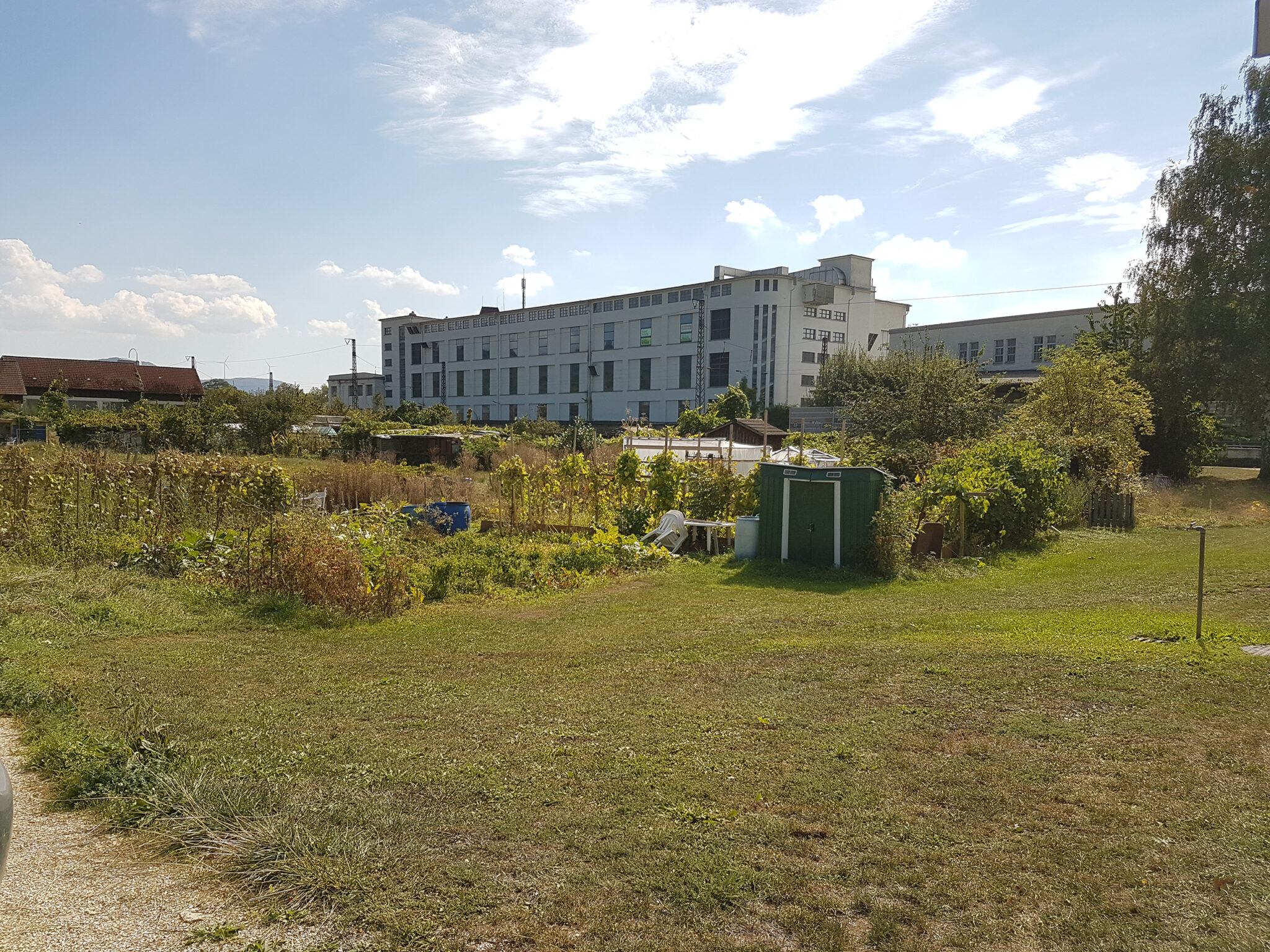